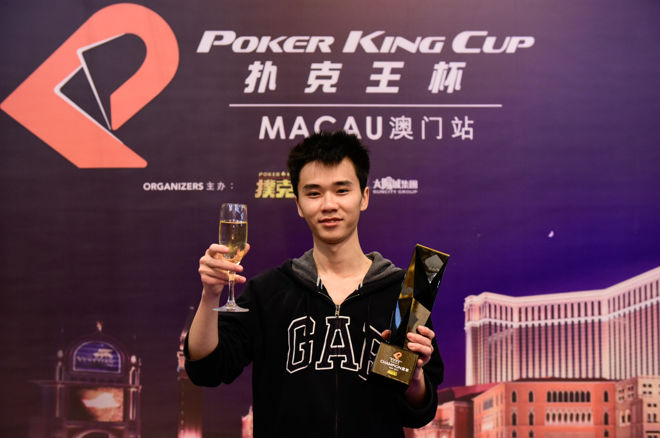 Soyza was in the lead with a slender margin and had a guaranteed prize of HK$1.135.000 whereas Li received HK$1, 101,000.The two players then went on to play for the extra 5 percent of the prize pool that will earn them the all-important main event title. END_OF_DOCUMENT_TOKEN_TO_BE_REPLACED

The best achievement of Ted Forrest till date is winning three bracelets in one year. Even though Ted is regarded as one of the best poker players, he has not won a bracelet for some years now. He was able to play at his best in 2014 and won against Phil Hellmuth and this was one of his best performances recently. Winning over Phil was a big achievement as Phil is the proud owner of 14 bracelets, which is no mean feat. END_OF_DOCUMENT_TOKEN_TO_BE_REPLACED

A US$ 2.4 billion casino in Atlantic City, New Jersey, that has been shut down since 2014’s fall is going to re-open later in June, said the owner earlier this week.
Glenn Straub, the businessman from Florida, who purchased the casino previous year for 4 cents on the dollar, said Associated Press that part of that property would again start operating for business later this summer. Dining as well as hotel rooms would be available. He is also planning to have a gaming floor, though his license from state Division of Gaming Enforcement is still to be signed.
Straub’s thought are really reassuring for Atlantic City that has been dealing with bankruptcy and/or a state takeover of their finances. Revel was 1 of 4 casinos there to close in the year 2014. This has been a roller coaster for the most costly casino in the history of the city since Straub got hold of it. END_OF_DOCUMENT_TOKEN_TO_BE_REPLACED

The first ever day of the €3,300 Main Event of 2015 World Poker Tour Amsterdam was a huge success and the player to come out on top with the chips was Fredrik Andersson with 228,100 counts. He came out of the blue and amassed a huge chip lead over rivals and the phenomenon is owed to the aggressive last levels conducted during the day.

Out of the 130 entries logged on Day 1a, only 54 remained after 9 levels of play. Moving on to the Day 2 the big stakes include Noah Boeken, a local player with 195,200 chips. Felix Stephensen the Main Event runner up in the World Series of Poker also collected 114,400 numbers of chips.

Michael “The Grinder” Mizrachi and Anthony Zinno were found battling out immediately after the start of the day’s play, and the two time WSOP bracelet winner, Mizrachi had a bad time and was busted two times, where is the three time winner of WPT Zinno, ended up with 47,700 chips after surviving the day’s play. END_OF_DOCUMENT_TOKEN_TO_BE_REPLACED

Every day is passing with eagerness and pain to see the top most stars of poker.  Las Vegas city is completely ready for holding the 46th WSOP.

All the top most poker stars are participating in this championship.  This is not only the meeting point of senior players but also a platform for the young and emerging players.  This platform provides a wide angle to all poker players to shine quickly.  In case some players have performed in WSOP, he can shine better for rest of the matches.  This championship is also going to be grand in the sense that a long list of poker stars is participating.

Chris Moorman has won his first WSOP bracelet in 2011 and since then he has not turned his way back.  Various other cities in France and England are quite familiar to him because every month he visits there for participating in poker championships.  Huge prize money is betted ion his name and fame in this championship.   How quickly he reaches his tables are amazing.  Preliminary level matches and all intermediary matches are quite easy for him to win and he is master in making the place for finals.  All the amenities are available in the casinos of this city as not only this time, previously many times WSOP has been organised. END_OF_DOCUMENT_TOKEN_TO_BE_REPLACED